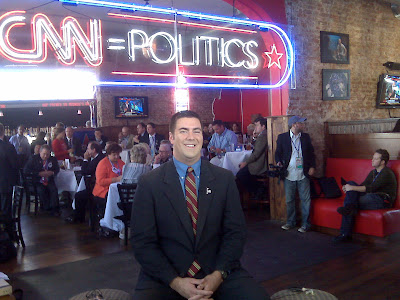 ASG client Chad Lego appeared on CNN today with Soledad O’Brien, live from the CNN Grill in St. Paul, across the street from the Xcel Energy Center where the Republican National Convention was convening. Chad recently returned from a tour of duty in Mosul, Iraq with the U.S. Army. He was honorably discharged on July 4, 2008, and now serves as spokesman for the Circle of Friends for American Veterans (COFAV). COFAV seeks to help the 250,000 homeless veterans currently living on the streets of our country every night, and will be championing the Veterans Bill of Rights in the 111th Congress next year.

After his interview, Chad had the opportunity to mingle with other guests and dignitaries being interviewed on CNN, including actor Ben Stein. 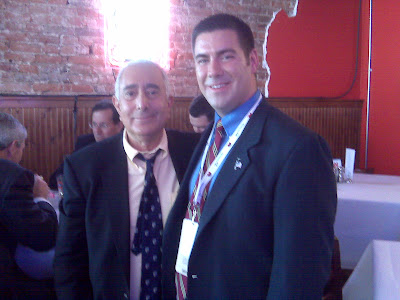