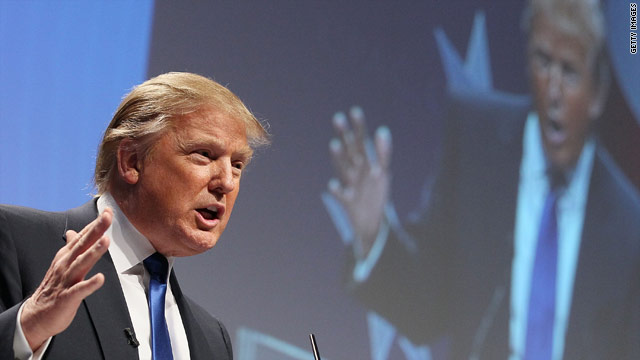 Washington (CNN) – Continuing his flirtations with a White House bid, real estate mogul Donald Trump defended his conservative credentials across the board in an interview with Fox News Monday night.

Trump went on to say he fits the bill on social issues as well – a topic the reality television star has traditionally spoken little about.

The comments came hours after Trump appeared on CNN, during which he fended off an attack from fellow potential presidential candidate Rep. Ron Paul over the businessman’s lack of political experience.

2 thoughts on “Trump lays down his stance on social issues”