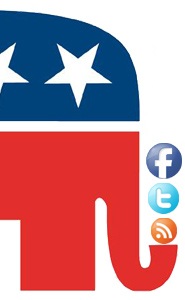 Politico’s Jennifer Martinez writes up how the brand-new Republican leadership of the U.S. House of Representatives is eager to bake new technologies into their style of governing:

On Tuesday, the House passed a bill to eliminate mandatory printing for every bill and resolution by axing the Government Printing Office — an initiative “crowd-sourced” by the public on YouCut. In addition, three new government subsidies were added to YouCut for the public to vote on.

Social media’s “real potential lies in organizing government itself and how it functions,” said Matt Lira, new-media director for Cantor, who spearheaded YouCut’s launch. “There was skepticism by some that these tools work well in the opposition, but can they work in government? I think they do, and proving that has begun.”

Part of the subtext here is, at the risk of sounding cynical, House Republicans are also quite eager to have people start to appreciate that they’re framing their approach to running a legislature around what new technologies make possible. That’s not at all to say that it’s all PR, not at all. Long-time activists from the transparency and good government worlds report that they’re finding a refreshing level of commitment amongst these newly-empowered Republican staffers and members of Congress, and a receptiveness to using new tools to open up the governing process.