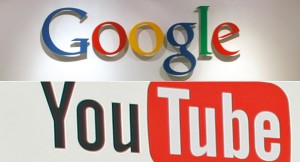 Google-owned YouTube is launching a special site Thursday that it hopes will be a one-stop online spot for political junkies to watch the good, the bad and the ugly of the 2012 presidential campaign.

The site, YouTube Politics, will include videos from the candidates’ official YouTube channels and a mix of videos produced by media outlets and everyday citizens so people can follow every speech, gaffe and interview of the 2012 campaign.

“We wanted to paint a really holistic view for what politics looks like on YouTube,” Ramya Raghavan, YouTube news and politics manager, told POLITICO. “We’re seeing that citizens have an enormous appetite for getting political information online.”

The launch of the site is the latest of several moves by Google to position itself as a go-to source for politics news. In September, Google paired up with Fox News to host the GOP presidential debate. YouTube live-streamed the event and people could submit questions to the candidates and view search trend information via the site during the debate.